The Americans with Disabilities Act (ADA) was signed into law on July 26, 1990, by President George H.W. Bush. It prohibits discrimination against people with disabilities while also giving them same opportunities as everyone else.

In summary; The ADA is an “Equal opportunity” law for people with disabilities in the USA. It covers a spectrum of guidelines and regulations, including ADA signs & Custom ADA signs for public buildings and governments. This makes it a struggle for new businesses to know if they are ADA Compliant. There are ADA Standards for Accessible Designs. Such as Signs, Entry doors, and even Bathroom stalls. 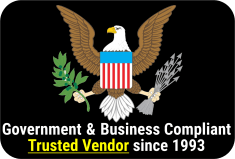